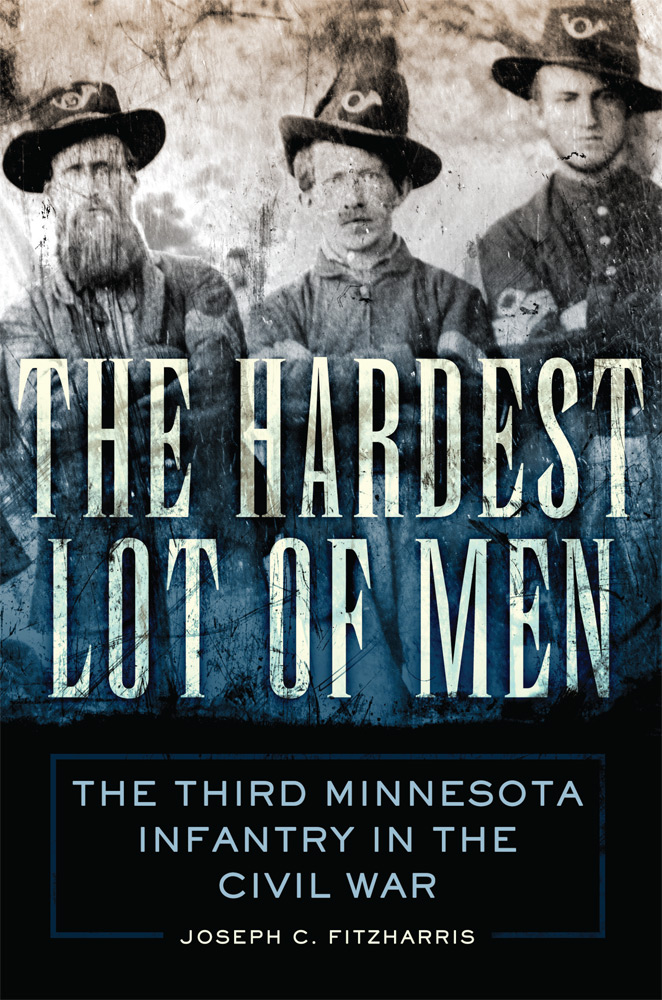 The Hardest Lot of Men: The Third Minnesota Infantry in the Civil War

Author Joseph C. Fitzharris recounts how the Third Minnesota Volunteer Infantry, betrayed by its higher commanders, was surrendered to Nathan Bedford Forrest on July 13,1862 in Murfreesboro, Tennessee, giving rise to at least three "fake" histories of the event. Based on extensive research, the true history is quite different.

These prisoners of war, broken in spirit and morale, went home and found redemption and renewed purpose fighting the Dakota Indians.They were then sent south to fight guerrillas along the Tennessee River.  They engaged in the siege of Vicksburg and in the Arkansas Expedition that took Little Rock. At Pine Bluff, Arkansas, sickness so reduced its numbers that the Third was twice unable to muster enough men to bury its own dead, but the men never wavered in battle.  In both Tennessee and Arkansas, the Minnesotans actively supported the U.S. Colored Troops (USCT) and provided many officers for USCT units.

Author Fitzharris' The Hardest Lot of Men gives an authentic picture of the Third Minnesota.  In this first full account of the regiment, Fitzharris brings to light the true story long obscured by the official histories and illustrates myriad aspects of a nineteenth-century soldier's life - enlisted and comissioned alike - from recruitment and training to the rigors of active duty.